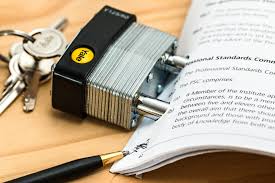 Although there are few statutory options in Georgia specifically aimed at cooperatives, it is relatively easy to organize a Georgia limited liability company or for-profit or nonprofit corporation as a cooperative in a way that complies with the cooperative principles and with cooperative tax laws and accounting practices.  While explaining how this is done is best reserved for a separate blog post, the point is that cooperatives can be organized in Georgia without difficulty.

Organizing a Georgia-based cooperative in another state could also complicate the cooperative’s attempt to issue securities to raise capital.  When small businesses such as new cooperatives want to issue preferred stock, promissory notes or other instruments to raise capital, they typically rely on one of the intrastate exemptions that require all such securities to be sold only to persons in the state in which the business is organized.  Although the recent revisions to Georgia’s crowdfunding exemption may relax this restriction with respect to some out-of-state companies, organizing a Georgia-based cooperative out of Georgia will at a minimum require additional research when issuing securities.

In summary, while it will ordinarily make the most sense for a new cooperative based in Georgia to legally organize in Georgia, there may be special circumstances that warrant organizing elsewhere.  However, deciding to organize in another state, the cooperative’s organizing group should carefully consider the financial, legal and administrative consequences that will result from this decision.

Roland has been a member of the Georgia Bar since 1994. Roland’s practice includes representing electric cooperatives and related entities in corporate, finance and regulatory matters, negotiating and drafting contracts, including construction contracts, and handling complex business transactions and commercial litigation. Find out more at www.ahclaw.com or by email: hall@ahclaw.com.